We recently celebrated the great holiday of Independence Day, where we honor the amazing idea and practice of The United States.

Yup, I said it. Independence is a myth for us as individuals. Throughout our lives we are dependent on each other. As a baby I was dependent on my parents for food, shelter, love, safety… They were dependent on me, too. I gave them joy, meaning, perspective… (At least this is what they have told me, albeit years after they forgot the sleepless nights.) Even when I was an “independent” 23 year old living alone in my first apartment, I depended on the kindness of my landlord to keep an eye out for me, and to make sure my apartment building was safe. He depended on me to pay rent and be a good tenant. Now, at 43, I am dependent on many humans in my life, as well as a dog. And they are dependent on me.

This is interdependence. The idea that we are in mutual support of each other. At times, we need more from others. And at other times, they need more from us. 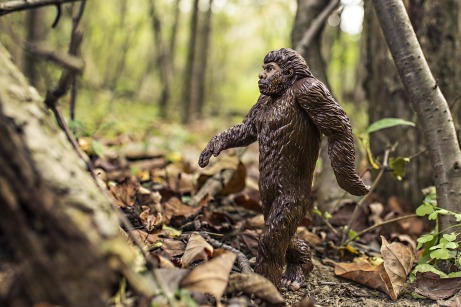 We might think of individual independence like Bigfoot. There are rumors and tales about it; but, in actuality, none of us can prove it really exists. We get glimpses of it here and there, but it is elusive.

The myth of independence seems to exist in gerontology, where we have often held up the goal of independence as an ideal for growing older. And in everyday life, we often hear each other talking about aging in terms of independence or dependence. “Wow, she is still independent at 93!” Or, “I never want to be dependent on others when I get old.”

What is so great about the goal of independence anyway? Theoretically, a person might try to achieve this goal of independence, or “avoid” dependence, but still have not so great a life. It doesn’t seem to match up with what we want for ourselves. With interdependence, we are not alone. We are in this together! We recognize that we are going to need people, and we want to be needed.

So, do we make a declaration of interdependence as our goal as we grow older? Maybe it is even more than that. Maybe the goal is a life that has meaning, and interdependence is a path to get there.

Note: In 2006, The Pioneer Network developed a Declaration of Interdependence geared towards those working and living in long-term care. Check it out here.

3 thoughts on “INTERdependence Day: The Declaration of the Myth of Independence”