I am really proud to be a part of a group of advocates who are campaigning to #BanBPSD. I have written about BPSD before. I am also not the only one – there are many profound and eloquent writings about the movement to think differently about dementia, including articles from people living with dementia, Kate Swaffer and Howard Gordon.

BPSD, “behavioral and psychological symptoms of dementia”, is a term that is used to describe the following “symptoms” that occur in people with dementia: agitation, aberrant motor behavior, anxiety, elation, irritability, depression, apathy, dis-inhibition, delusions, hallucinations, and sleep or appetite changes.

Thinking differently about dementia includes the need to rethink how we currently frame the expressions of people living with dementia through a primarily medical/clinical lens by labeling them as BPSD. It is important to note that, by definition, a symptom is a sign of abnormality. So, when we use the term BPSD we are immediately labeling the way a person is acting as abnormal, and thus problematic.

Although it is important to change the language of BPSD, perhaps it is more important to explore and rethink the current paradigm behind BPSD. This paradigm suggests that expressions of people with dementia are meaningless, intolerable, and entirely a manifestation of brain pathology rather than reflective of one’s lived experience in a complex world (coupled with brain changes that make it challenging to navigate).

The term BPSD does not recognize that these symptoms can also be normal human expressions.

The term BPSD does not reflect the possibility that expressions of people with dementia demonstrate the resilience of the human spirit.

The term BPSD does not allow for the understanding of “behaviors” as problem-solving rather than problem-making. Here is an example of what I mean by this.

I was in a nursing home, and a woman with dementia was sitting by the nurse station. She yelled, “COME HERE!” every time someone passed, so she yelled it almost all day.

I watched as people walked by her, trying to ignore her. People even went the other way around the nurse station to avoid her. A person stopped and took her hand and smiled at her. She stopped. I heard someone label it as “attention-seeking behavior”. In part, they were right. She wanted someone to SEE her. However, the way it was framed was wrong. She was solving her problem of wanting to be seen, rather than making a problem. To see this as only problem-making is reflective of a current paradigm that labels these expressions so that they are seen as abnormal, meaning they are different from the supposed “normal” behaviors of people who are not living with dementia.

As we embark on this campaign, I hope to see open discussion that challenges us to build a new paradigm that supports our common goal of creating better lives for people with dementia. I hope that this paradigm is born of the multi-dimensional, experiential perspectives of people living with dementia, as they are our greatest teachers. With that in mind, I wanted to share some stories that perhaps begin to explain how I came to thinking differently about people living with dementia, how they express themselves, and how we might better support them.

We are coming back from Tallahassee, where “Hal”, a person living with dementia, his wife “June”, my colleague Peggy, and I had met with elected officials to create awareness of the experience of dementia and the need for funds and support. As we sit down to dinner in a crowded, noisy restaurant, Hal is visibly upset and frustrated as he attempts to read the menu. He rather crossly tells June to order for him. Peggy gently remarks that it was a long day and asks if he is tired. Hal acknowledges he is and shares that he often feels this way at the end of the day. In fact, he says, he is so tired at the end of the day that sometimes he is angry. He says he literally sees red. He yells at June sometimes during this time, and he feels terrible about it. But it feels like he is unraveling, after a long day of keeping it together.

Is this what we call “sundowning”? Or is this just a normal response to the extreme amount of energy it takes to focus and function when you are living with dementia?

I am facilitating an “early stage” support program. It is me and eight men living with dementia who have been meeting for over 5 years. They are in deep discussion about a court case I presented to them – specifically, was this person guilty? There is joking, seriousness, and storytelling. In the next room, their wives are meeting, and I later learn that they were talking about the lack of decision-making ability of their husbands. In particular, they were sharing how upset their husbands become when they tell them they can’t do something, or their anger when they help them. I reflect that my relationship with these men is based on facilitating what they can do, and that their wives are struggling instead with their losses. They do not see what I am able to see with their husbands.

Do people act differently when they are approached as if they are deficit? What it is like to have a spouse do everything for you after years of you doing things on your own? Is frustration, depression, anger a natural human reaction to losing control?

Would we not all feel extremely irritated if everything we did was difficult? If we could see in people’s eyes that we were failing at things we previously did with ease?

I am meeting with “Anna”, who is living with dementia. We are coming up with a plan for her to continue to do the things that are important to her. She shares that she does not leave the house very much anymore. She does not feel she can do anything “right” anymore. She is embarrassed. She does not want to be a burden to her family.

Is this apathy? Or is this a normal reaction to adjusting to difficult challenges that threaten your identity and autonomy?

I am walking through an assisted living community with the Director. We pass “Paul”, who is sitting on the couch and quietly reading a magazine. The Director says to him, “Paul, I heard you tried to cut open your window using those nail clippers. We had to take them away because you cannot do that.” Paul says, “WHAT????!!!! You are the one who took them? You filthy @#$%^&**.” The Director says to a nurse, “We need to get him a psych eval. That is not appropriate.” “That is not appropriate, Paul!” she calls to him.

Is Paul the combative one? 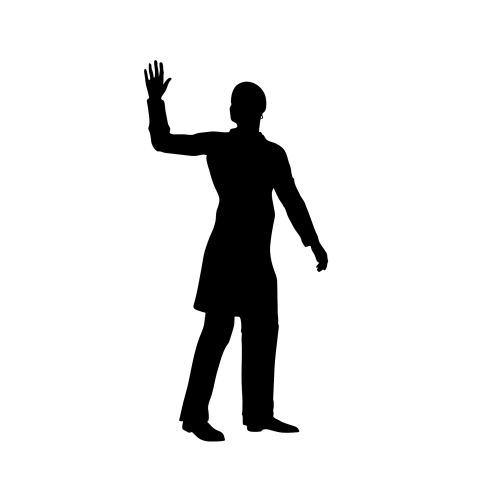 My friend is telling me that her dad, who just moved into an assisted living community, is on the verge of getting kicked out. They say he is agitated and combative. I ask what happened. “They say he is angry all the time,” she says. “Did they give you an example of when he was angry?” I ask. “He wants to go home, and they told him he couldn’t. And he just lost it.”

I am working in a “memory care unit” in a nursing home. “Jack” just moved in. He is a world-renowned architect. He does not want to be there. He is repeatedly told that he is staying at a hotel for a while. Occasionally he orders room service from me. One day I hear him yelling. His care partner went into his room to help him shower. He is appalled that someone would dare come into his room and suggest that he needs help bathing. When the care partner insisted, he pushed her out of the room.

Is this combativeness? Or a normal reaction to a really strange hotel service?

I am picking up “Jeannie” from the Houlihan’s down the street. Jeannie lives in our memory care neighborhood and “escaped”. When she sees me, she smiles. I ask her how she is. “Just fine,” she says. “What a lovely day,” she remarks. It is perfect outside. Jeannie has grass stains on her jeans. She is an avid walker.

When it is beautiful outside, I like to “wander” too. Sometimes I like to sit on the grass and just be. I do not feel this is abnormal.

These are the faces of “BPSD”.

The more that I heard from people living with dementia, the more that I saw them as whole human beings, just like me, the more I became unable to see them as patients, abnormal, broken. I became unable to see their actions and expressions as abnormalities and problems, because I saw myself in them. For me, this was the starting point for thinking differently about dementia.

29 thoughts on “The Faces of BPSD”